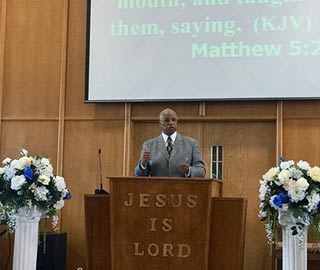 In 1972, Elder John Massey, Jr. began a home Bible study held at his kitchen table. This home Bible study was a small sanctuary for nightly gatherings of prayer, devotions, and in-depth Bible study. The kitchen became too small for the group that began gathering on a regular basis, so the services were moved to a small rented church building on Fifth Avenue. In less than a year, the small church building was filled to capacity, and the church relocated to 230 Second Street in Troy, New York. After many years of use, the building was sold, and the congregation moved to its present location at 1511 6th Sixth Avenue in Watervliet, New York in 2007.